The incident took place in the court of Sessions Judge Shaukat Ali on Wednesday morning. According to police, accused Tahir Ahmed Naseem was taken to court for trial where a man entered the court and opened fire on him.

According to the police, the attacker has been arrested. Police said the victim was identified as Tahir Ahmad Naseem and was from the Achini Bala area of ​​Peshawar.

According to police, when Tahir Ahmed was brought from jail to be produced before the court, according to the people present, a man came and argued with Tahir Ahmed, after which the man opened fire on Tahir Ahmed in the courtroom and killed him.

Who Is Ghazi Faisal

Every Muslim loves with Prophet Muhammad PBUH. And this man says wrong words and uses heat speech. This is the reason Ghazi Faisal Killed Him.

In this regard, the plaintiff said that perhaps the perpetrator of contempt would have escaped from the Qadiani court. But I did not want anyone to say insulting words about the glory of the Holy Prophet (PBUH). But I do not regret it at all.

The CCPO said on the incident that the police had arrested the Ghazi Faisal who killed Tahir Ahmed. Tahir Ahmed was charged with blasphemy. He was tried under 153A, 295A, 295B, 295C, and 298 of the Pakistan Penal Code. According to the police, the case was registered against the accused in 2018. His bail application was also rejected.

What did Tahir Naseem And its video

According to a video on social media, Tahir Naseem said: Allah has made me the Messiah, I am the reformer of this century, and the promised Messiah whose coming is foretold in the hadiths, I consider Mirza Sahib to be the Mahdi, and I am his spiritual son, just as he was a false prophet I am a prophet, I have revelations in my dreams.

US Expresses Condolences Over The Death

For Students Admission open in AIOU

lawyers refused to fight the case against

Highly credible sources said that the US FBI team had contacted the Federal Ministry of Home Affairs to investigate Tahir’s death, an alleged American born. Accused in Peshawar while the investigation will be conducted secretly and the media. Will be kept unaware. 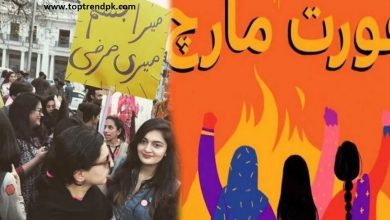