At the time, she was introduced as a close friend of Bushra Bibi. However, Farah Pakistan name began to appear regularly in the Pakistani media in August 2018 following the formation of the PTI government in Pakistan.

farah Pakistan did not hold any public office in Imran Khan’s party or government. However, she is known to have wielded considerable influence given her closeness to Bushra Bibi, who pulled many of the strings in Imran Khan’s government. Farah real name is Farah Shahzadi.

She was known to be the “frontwoman” of Usman Buzdar, the former chief minister of Punjab. Farah is the wife of businessman Ahsan Jamil Gujjar. The couple’s names first surfaced in the first month of PTI’s reign when Ahsan Jameel Gujjar was accused of replacing then-DPO Pakpattan Rizwan Gondal.

According to a report presented in October 2018 by Mehr Khaliq Dudlak, head of the National Counter Terrorism Authority (NCTA) at the Supreme Court of Pakistan, “Police stopped the Hawar Manik family at a checkpoint in Pakpattan on the night of the 23rd/24th. August. He had a heated argument with the Police. The same night, the Chief Minister’s Office issued an order to replace DPO Pakpattan Rizwan Gondal.

The then Chief Justice Saqib Nisar drew attention to the incident. At the same time, Farah Khan Ahsan’s husband, Jamil Gujar, demanded an unconditional apology from the court and vowed that he would not interfere in government affairs.

Ahsan Jamil also told the Supreme Court that he was a close friend of Manika’s family and breadwinner for Hawar Manika’s children.

After the Pakpattan incident, Ahsan Jameel Gujar was back in the news. When the National Accountability Bureau (NAB) launched an investigation into the housing development scheme in Gujranwala Mongolia Park in April 2019, notices were also sent to its alleged shareholder Ahsan Jamil Gujjar. The investigation was never followed up, but his wife Farah Khan has been in the news.

The wealth of Farhat Shahzadi – a close friend of former first lady Bushra Bibi – grew exponentially in the first three years after Prime Minister Imran Khan formed his government. Farhat Shahzadi’s total declared assets quadrupled from Rs 231 million in 2017 to Rs 971 million in 2021. In 2018, her application was null.

According to the documents, Farah Khan also took advantage of the black money bleaching scheme (tax amnesty scheme) in 2019 during the reign of Imran Khan. She declared assets worth Rs 328 million under the 2019 tax amnesty scheme.

The documents also show Farah Khan bought luxury properties in Lahore and Islamabad, including a villa in Islamabad’s fashionable district. According to the papers, Farah Khan declared a house of 933 square yards in Islamabad sector F-7/2, which she bought for 195 million rupees.

Who Is Farah Khan PTI

she is known to have wielded considerable influence given her closeness to Bushra Bibi, who pulled many of the strings in Imran Khan’s government. Farah Khan’s real name is Farah Shahzadi.

Note: This is not actual report its only information error are excepted 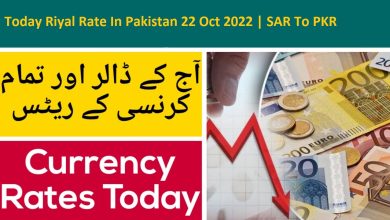