New Map of Pakistan unveils by the Federal Cabinet chaired by the Prime Minister has approved a new official Pakistan map showing Occupied Kashmir as part of Pakistan. Reference Pakistan will present this map to the United Nations. On occasion, Prime Minister Imran Khan congratulated the Cabinet on the approval of the map.

How Locks New Map Of Pakistan 2020

The map clearly identifies occupied Kashmir as a “disputed territory” and indicates that the final status will be determined following the relevant UN Security Council (UNSC) resolutions. The News Said

The MAP rejected India’s illegal steps on August 5 last year, and he said that the federal cabinet and the country’s political leadership supported him.

The prime minister argued that the Kashmir problem could only be resolved by implementing UN Security Council resolutions, which give the Kashmiri people the right to self-determination.

Speech Of PM Pakistan After Unveiled New Map of Pakistan 2020

Prime Minister Imran Khan said that today is a historic day for Pakistan. The cabinet opposition Kashmiri’s leadership endorsed the map. The map expresses the Pakistani nation’s aspirations that India had taken an illegal step on August 5. Saisat.pk Write about it

“This is the most historic day in Pakistani history,” he said at a news conference after the federal cabinet meeting that approved the new map on Tuesday.

Prime Minister Imran said that for the first time in history, Pakistan had launched a political map that shows the entire Kashmir region, including IIOJK, as part of the country’s territory.

Foreign Minister Shah Mahmoud Qureshi explained the changes made to the new map saying that it reflects the will and aspirations of Pakistan’s people. Qureshi congratulated the current government on presenting the country’s map, including Gilgit-Baltistan and Azad Jammu, and Kashmir.

“Today Pakistan made it clear that we reject India’s tactics and that Islamabad is ready for a peaceful settlement of disputed territories -Gilgit, Baltistan, and Kashmir,

”He said.“ This map clarifies that the solution to the Kashmir problem will be based on a UN Security Council resolution [1948] that was printed on the map.

“The second point he makes clear is that Siachin is ours, and it will stay that way,” he added.

Speaking of Sir Crick, the Foreign Minister said: “Pakistan denies India’s claims that it is heading in the direction of the West; we rejected this statement and made it clear that our border is in the east. “

Qureshi said India made these claims in an attempt to several acres of land that was Pakistan’s exclusive economic zone. The former FATA has been merged with Khyber Pakhtunkhwa on the map, he added.

The minister said the Cabinet of Ministers, the Kashmiri leadership, and the Pakistani government supported the move noting that it “assures Kashmir that Pakistan is behind them.”

“Our destination is Srinagar today is a historic day,” Qureshi added. 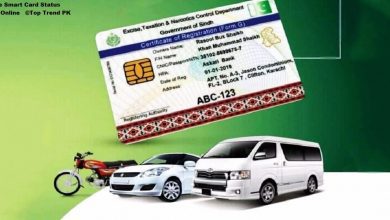